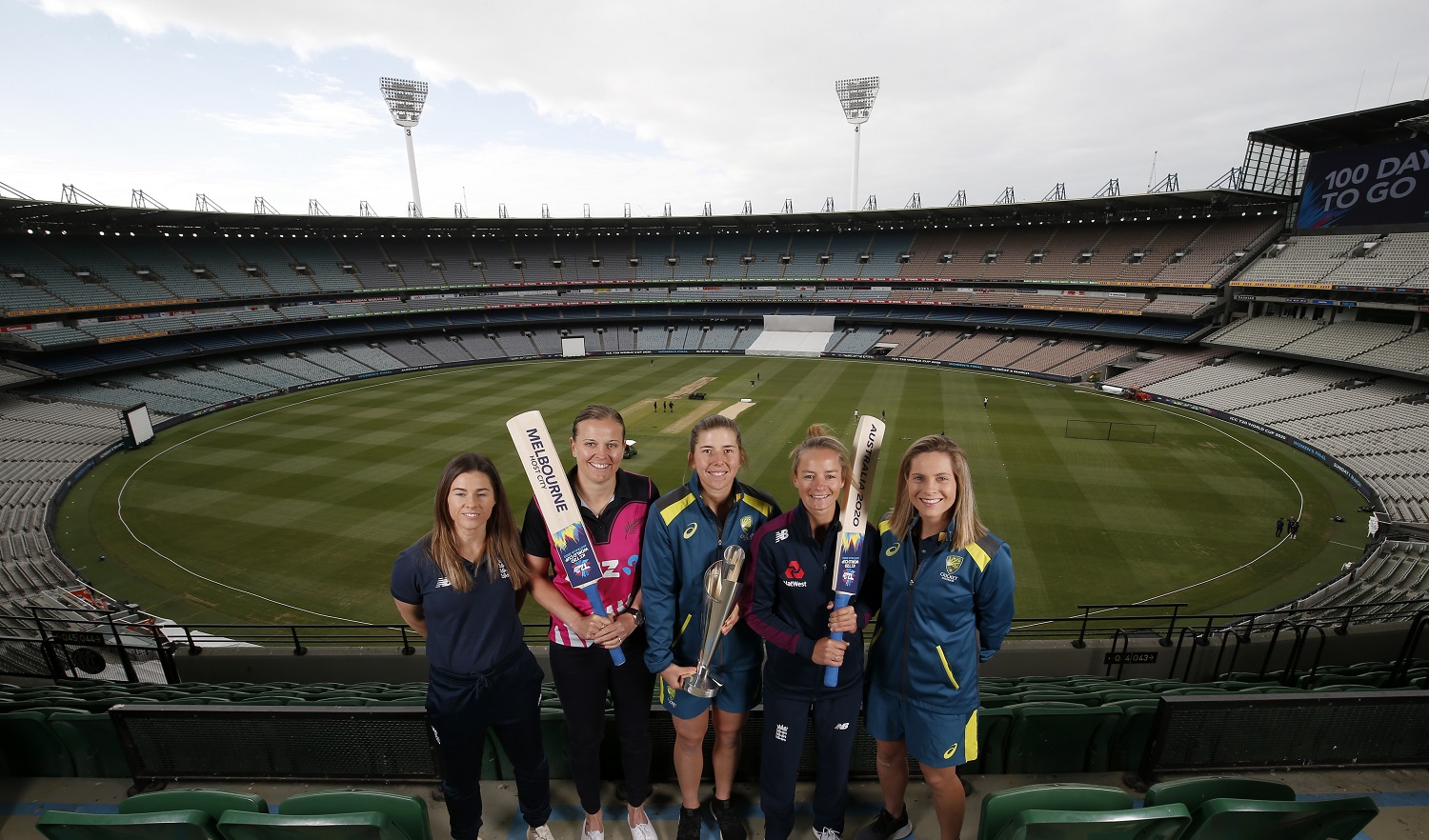 Share this page: Twitter Facebook Linkedin Email
13 Nov 2019
With 100 days until the Australian women’s cricket team takes on all-comers at the ICC T20 World Cup, Victorians have today been encouraged to play their part by helping to fill the MCG for the final.

World Cup organisers have secured global superstar Katy Perry to perform at the March 8 decider, which is hoped will break the world record for attendance at a women’s sporting event.

Australian cricketers Sophie Molineux and Georgia Wareham and a collection of their international rivals gathered at the MCG today to mark the 100-day countdown to the start of the tournament.

The Australians are currently in world-beating form, and looking forward to playing the world cup on home turf.

A sell-out crowd for the final – to be played at 7pm on International Women’s Day – could make history with the highest attendance for a women’s sporting event.

The record currently stands at 90,185 achieved for the 1999 soccer World Cup final between the US and China in California.

For the first time, the men’s and women’s ICC T20 World Cup will be held as stand-alone tournaments next year, with the women competing on grounds across Australia in February and March before the men play in October and November.

The men’s final will also be held at the MCG.

The MCG holds the world record for the biggest crowd at any cricket match ­– 93,013 people turned out for the 2015 ICC World Cup final played between Australia and New Zealand.

Government support for the event has included a major upgrade to Junction Oval which will host several games, as well as a legacy program that will provide local cricketers with coaching scholarships, leadership programs and an expanded Regional Big Bash series.

The first game of the T20 World Cup will be played on February 21, 2020. For more information and to buy tickets, visit www.t20worldcup.com.