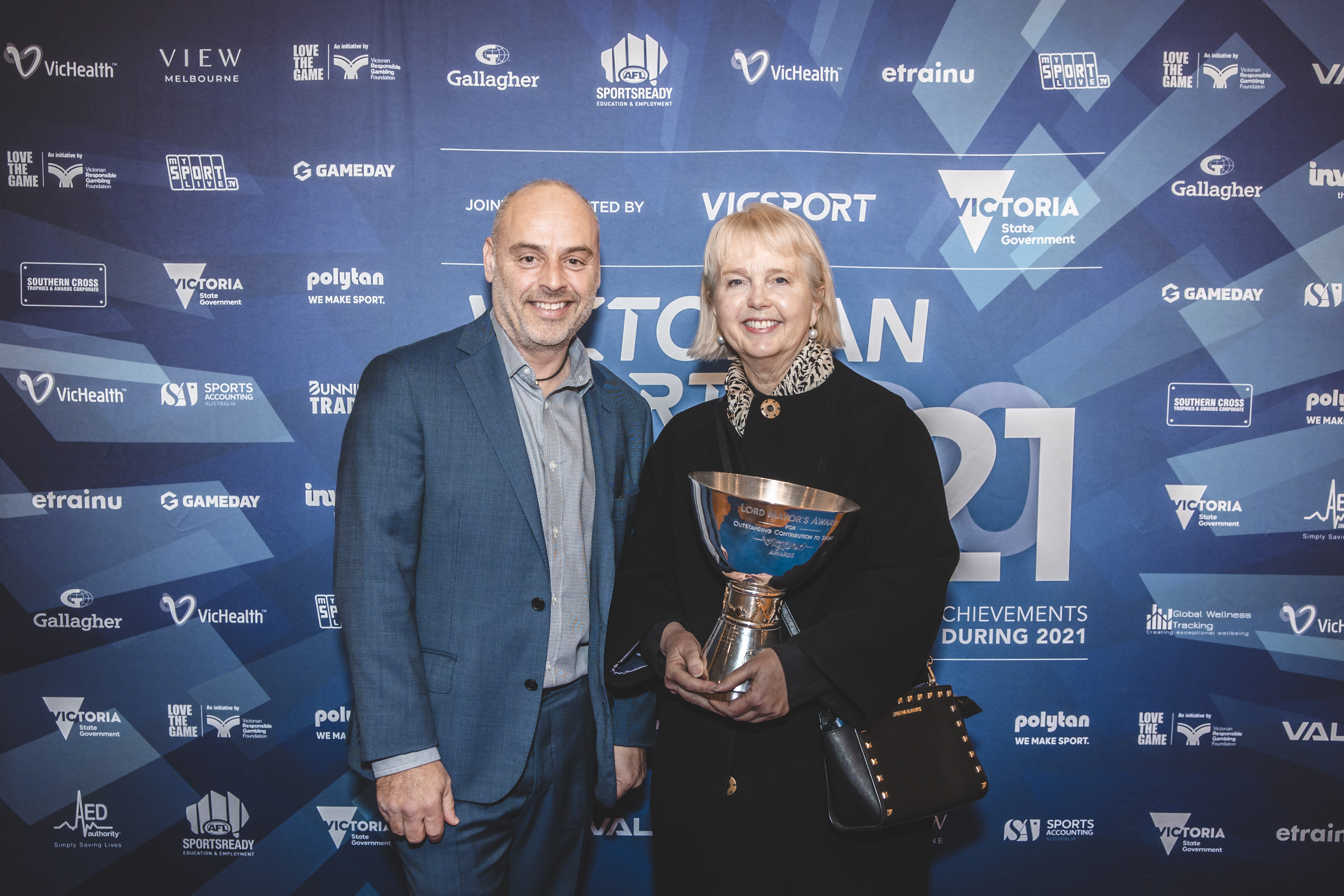 Share this page: Twitter Facebook Linkedin Email
21 Jun 2022
The Victorian Sport Awards is the night of nights for the Victorian sporting community, an event that recognises and celebrates the achievements of our home-grown sporting heroes and legends.

Presented by the Victoria Government and Vicsport on Wednesday 15 June 2022, this year’s Victorian Sport Awards were held at CENTREPIECE at Melbourne Park, the newest venue within the Melbourne & Olympic Parks precinct.

Winners across 19 categories were announced after they were nominated by State Sporting Associations as well as teammates, club members, friends, family and the recipient’s local community.

An esteemed panel of 30 highly qualified Victorian sports people including Olympians, world-renowned athletes and State Sporting Association CEOs were then charged with selecting the finalists and winners.

The most prestigious honour bestowed on the night is the Outstanding Contribution to Victorian Sport Award, presented to an individual in recognition of outstanding achievement in, or contribution to, sport in Victoria. This year’s recipient was Peggy O’Neal AO.

Winners at the 2021 Victorian Sport Awards are as follows and you can read more about their achievements here.

Gallagher Community Coach of the Year

etrainu Community Official of the Year

AED Authority Team of the Year

My Sport Live Community Sporting Event of the Year

Love the Game Community Sporting Club of the Year

Vicsport Sport Initiative of the Year

VALO Volunteer of the Year

Involve Masters Athlete of the Year