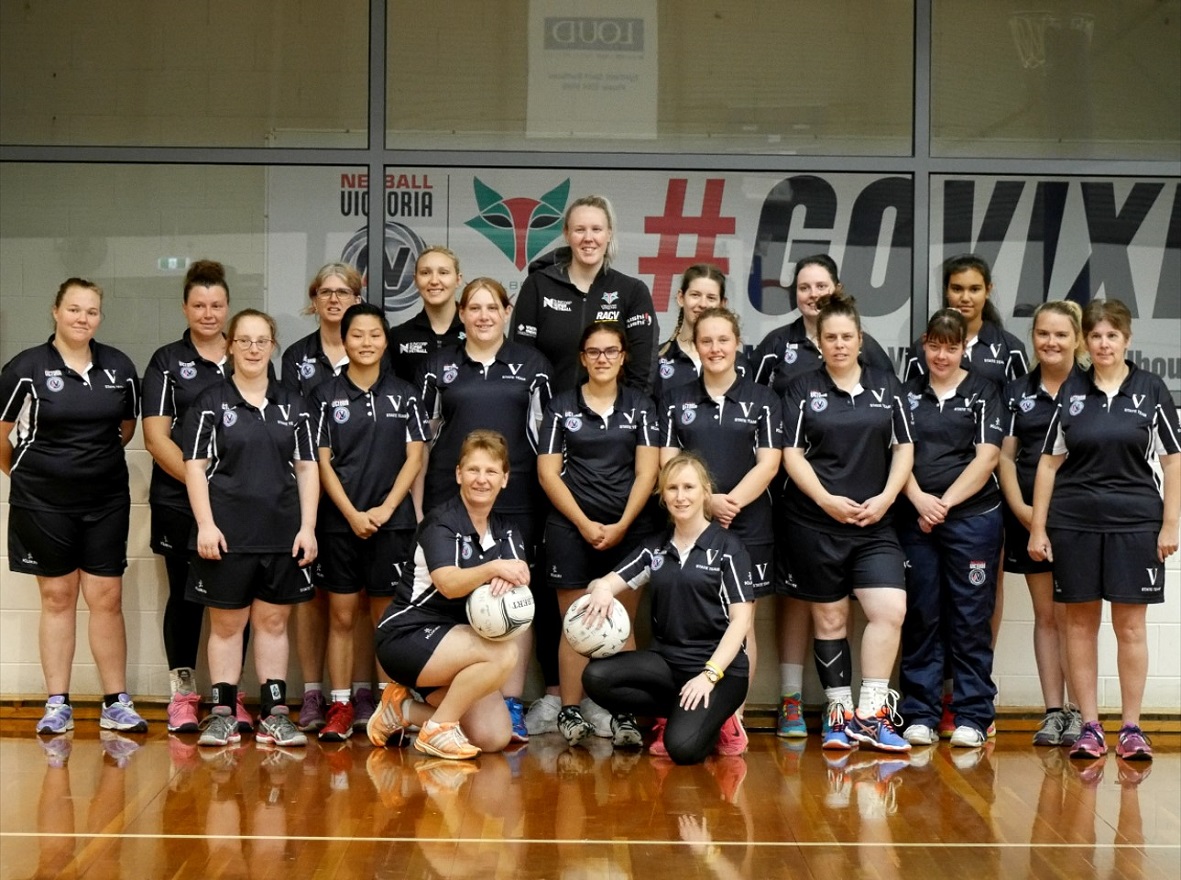 Share this page: Twitter Facebook Linkedin Email
04 Dec 2017
Securing a spot on Victoria’s only inclusion-based state netball squad and representing the state at the Marie Little Shield is the pinnacle of Netball Victoria's programs.

The Marie Little Shield, named after disability netball pioneer Marie Little OAM provides women with an intellectual disability the chance to showcase their skills whilst representing their state at a national level.

It’s an important event which provides a fantastic new pathway for women to compete at an elite level.

Ten skilled netballers from across the state were chosen after a rigorous selection and training process, starting in late 2016.

A Victorian Government Athlete Pathway Travel Grant assisted with travel for the athletes who made their way to the Perth State Netball Centre for the September tournament.

Three days of competition saw teams from six states and territories participate, with Victoria taking out the bronze medal.

“All 10 athletes are now more confident in themselves and have formed great leadership skills.”

“Another, has completed her Foundation Coaching accredited course and is looking to run/assist netball training and clinics,” she said.

The team is integrated into Netball Victoria's elite athlete pathway and supported by a dedicated all-abilities pathway.

The athlete travel grant has enabled Netball Victoria to continue to strengthen their MLS program, minimising another barrier people with a disability incur when playing sport.